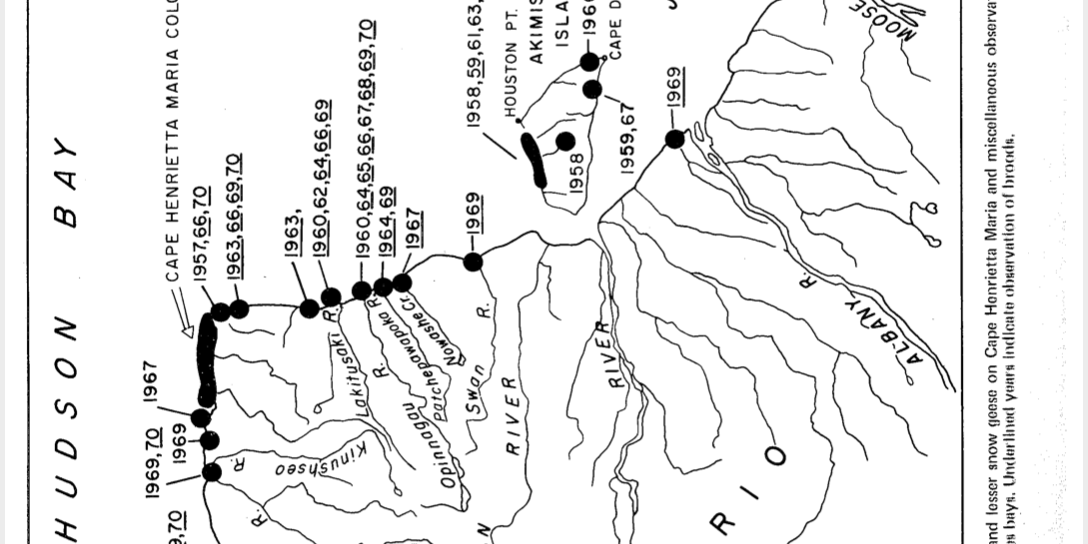 A small colony of nesting snow geese at Cape Henrietta Maria was reported by Robert Smith in 1944 and photographed by Harold Hanson in 1947. Smith also reported nesting on Akimiski Island, in southern James Bay, at the same time. The Cape Henrietta Maria colony is the largest aggregation of snow geese in southern Hudson Bay and the Akimiski colony is the southernmost snow goose colony in the world.